Just giving you a short report on our mission to Indonesia the most populous Muslim nation in the world (250 million). By the grace of God we are conducting Schools of Deliverance 101 (4 schools) to establish “Deliverance and Spiritual Warfare” in the Body of Christ in Indonesia. We already did 3 schools: two in Northern Sumatra (Tarutung and Medan) and one in Borneo. Right now we are on island of Bali, the most idolatrous place in Indonesia; island possessed by gods of Hindu religion. Wherever you turn you see shrines, and every business has shrines.

First part of the mission took us to Northern Sumatra to a territory of the tribe called Batak. We conducted the school and did mass deliverance which was under the tent in front of the church building. There were about 250 people and many were delivered and got healing. More than ever before we see people getting healing from all kinds of sicknesses and infirmities; many dumb and deaf were delivered and healed. Here is sample of the deliverances and healings in Tarutung:

man troubled by insanity; when curses broken, he screams, drops to the ground vomiting

couple couldn't have children; when curses broken, women screams, vomit and drops to the ground getting deliverance

young women with growth under her jaw; when curses broken, started to cry, cough and vomit. We prayed for shrinking of the tumor

young couple; the young wife was converted Muslim and her grandfather was using witchcraft to bring her back to Muslim religion. Her demonic manifestation were very strong for a pettit women as she was. Demons were screaming "no" when I was casting out Muslim spirits. Her husband was not a Muslim but was offered to eat small cake sword to receive power. He renounced that and got freedom

many others got deliverance and healing

I yet to gather reports from Michael and Carl

- Also, on the second day of our first school, after teaching in the morning we traveled in the evening through hills and valleys narrow road to remote community when we conducted under a big tent outreach meeting in front of a small Pentecostal church. Michael Miller was preaching the gospel. many people got saved and healed. I was satisfied and thankful for what the Lord did in Tarutung.

From Tarutung we drove the next day for 6 hr to a big city of Medan which is 80 % Muslim and 20 % Christian population. the name of the church were we conducted our second school was Holiness Christian Church of Indonesia. people were very receptive and enthusiastic. on the second day of the school in the evening at 7 pm we conducted outreach service under the tent by the church. There came about 350 people. Michael Miller preached and many got saved. Michael made a mistake by breaking curses and this way triggering demonic manifestations and the service turned into one big deliverance battle field. Many were healed and delivered. Here are some samples what the Lord did using me; Michael and Carl were also very busy healing and delivering people:

somebody brought bunch of teenagers who were under care and were dumb and deaf; first they started getting deliverance after curses were broken, dropping to the ground, coughing and and vomiting which went for quite a while. then we prayed for healing and the Lord was opening their ears to hear and loosing their tongues to speak; Praise the LORD

young women's menstruation stopped; after curses were broken, demons were coming out with big screams

some teenagers were in bondage because their parents took them to a witch to get healing for them; curses were broken and freedom came in;

many got healing, deliverance and touch from the Lord

The next day we finished the school and gave diplomas. last teaching was mine and we were conducting the teaching under the tent when heavy duty storm came with loud thunder. In the evening we conducted our mass deliverance. the Lord prompted me to issue a call for Salvation and again the front was full of people receiving Christ. then we conducted mass deliverance and many were healed and delivered. we finished after midnight. We had to get up at 5 am to drive to the airport and fly through Jakarta where we had a stop to Borneo and then drive 4 hr to our third destination. Break so far is the day between the schools when we travel 2/3 of the day to next destination. School in Borneo was good and we had on the third day around 500 people attending. Again I issued a call for salvation the Lord telling me that some which came were not saved and 56 people received Jesus Christ. we did mass deliverance and prayed healing and deliverance for people. i shall yet to gather the testimonies and reports of healing from Michael and Carl.

Again two cases are interesting when I prayed. one was a women with diabetics and when curses were broken she started to vomit getting deliverance. then we prayed for healing. another, again a teenager, a girl which was deaf and dumb. after breaking curse and commanding spirits out we prayed healing and she started to hear first on one ear then on the other one and then we commanded the tongue to be loosed and she started to say very weak hallelujah. we finished late and had to get up at 3 am to drive 4 hr to the airport and go through Jakarta where was a stop and then catch a plane to island of Bali. it is the most idolatrous place I have ever seen given to the Hindu gods. I shall send some pictures which will shock you. today we finished our first school here. waiting to see great things. as the Bible says: "end of things is better then the beginning" and also "the best is left for the last."

Shalom to all of you. thanks for prayers and support. blessings are yours.

in Christ's service and love

PS. we shall have more reports 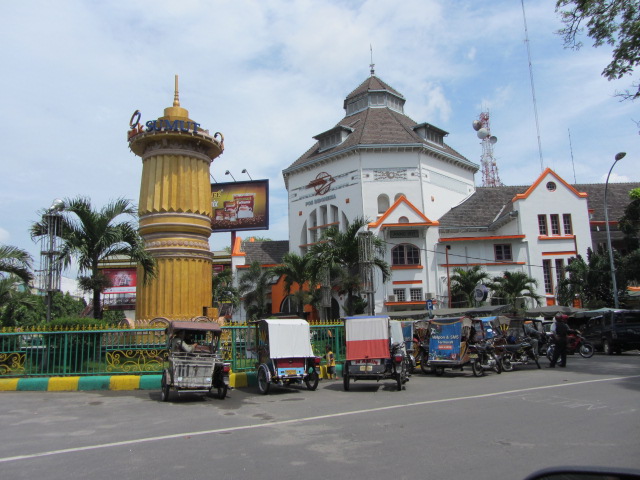 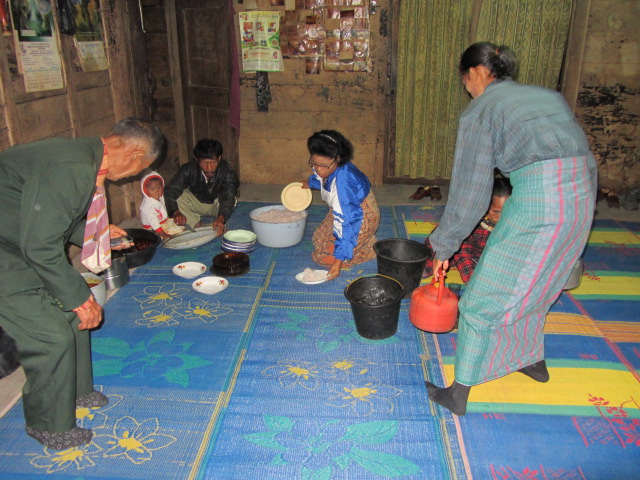 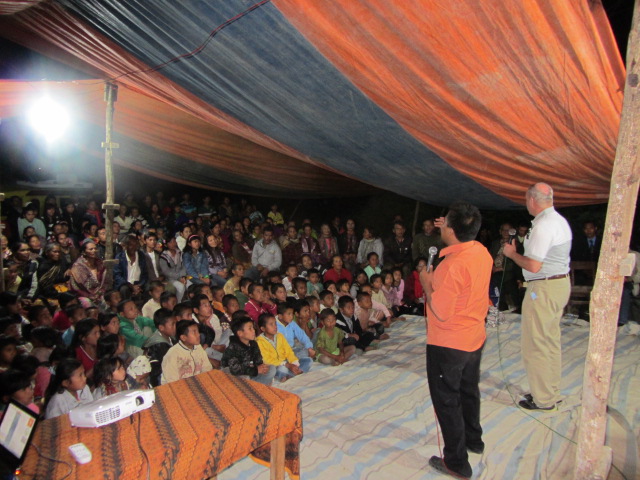 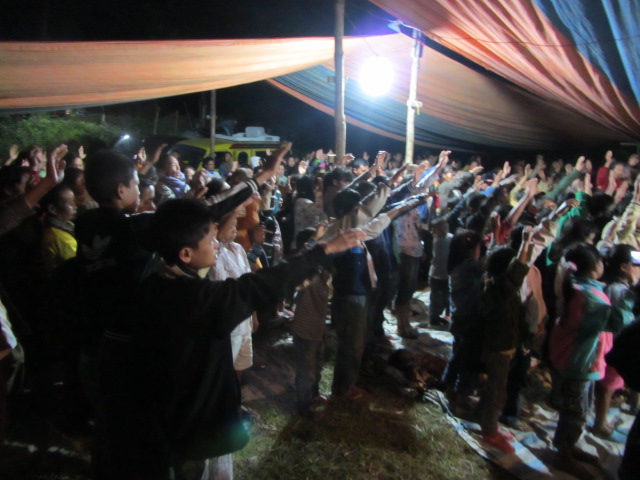 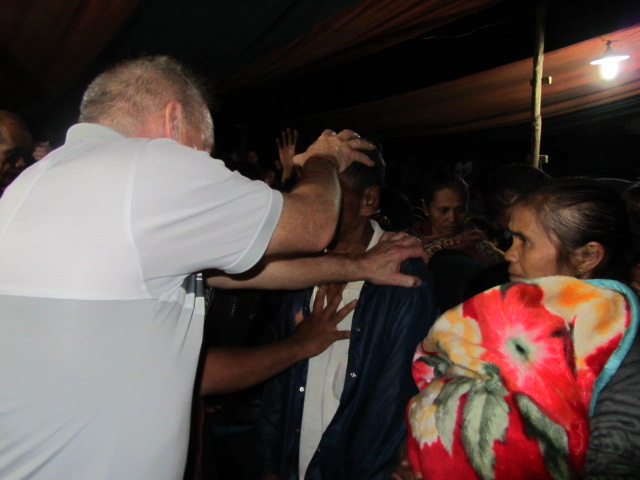 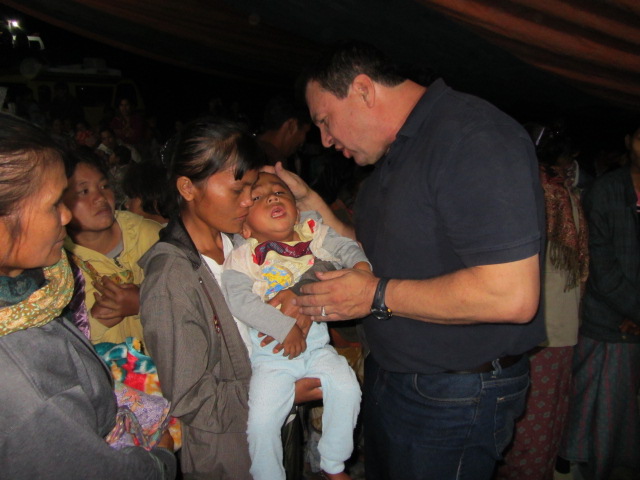 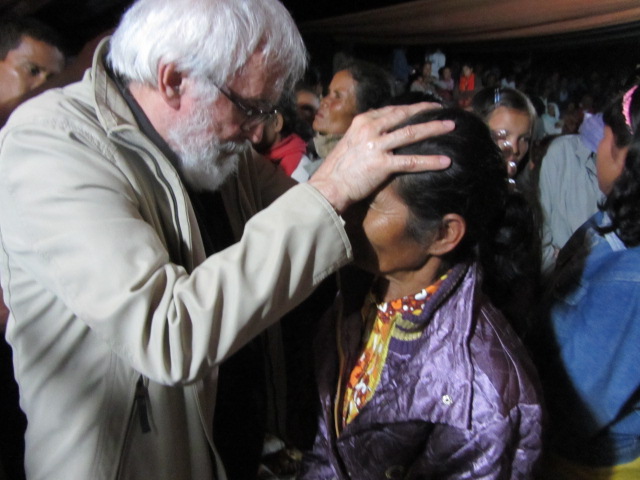 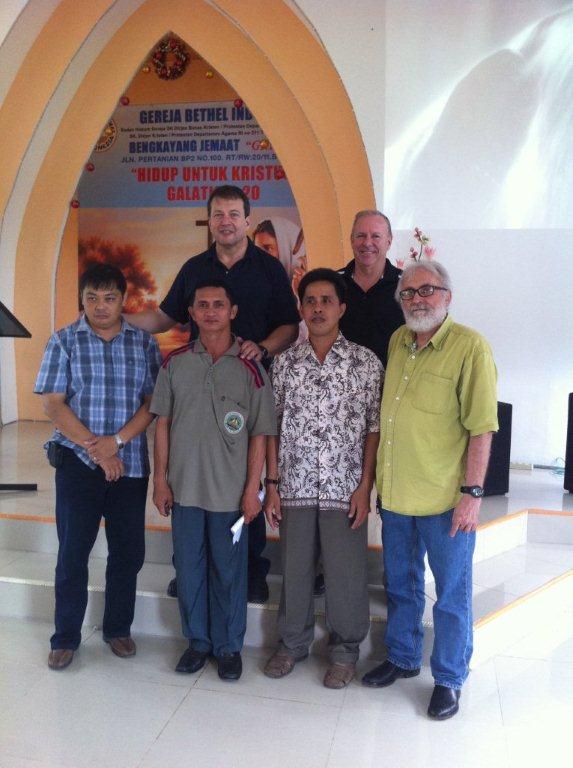 The cart is empty

Deliverance is a WALK, not an Event!
This website is covered with the Precious Blood of Our Lord Jesus Christ
Copyright© Promised Land Ministries 2015 • All Rights Reserved